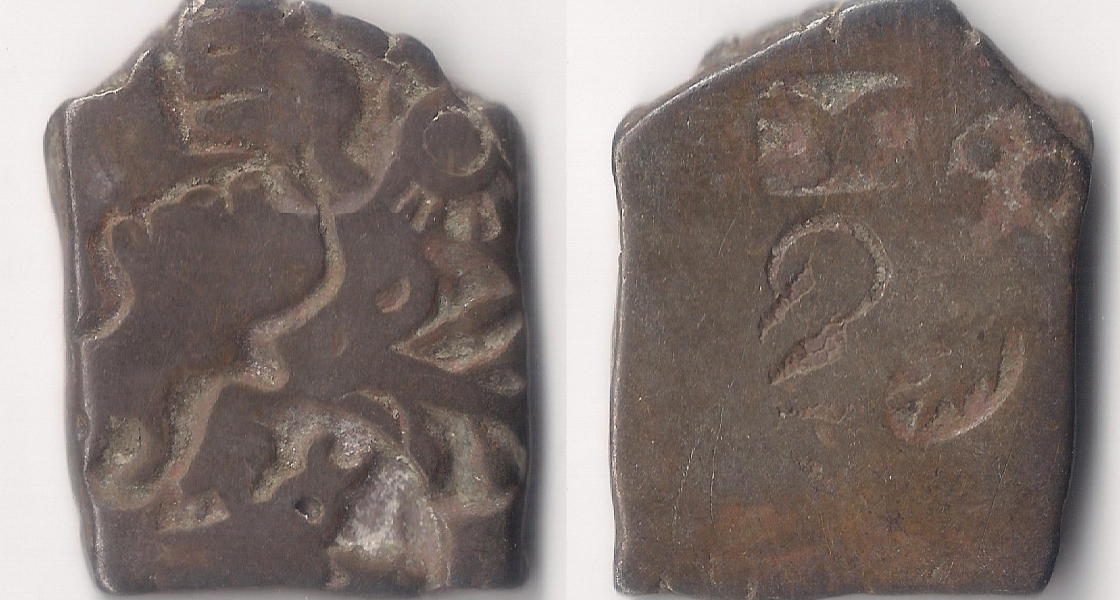 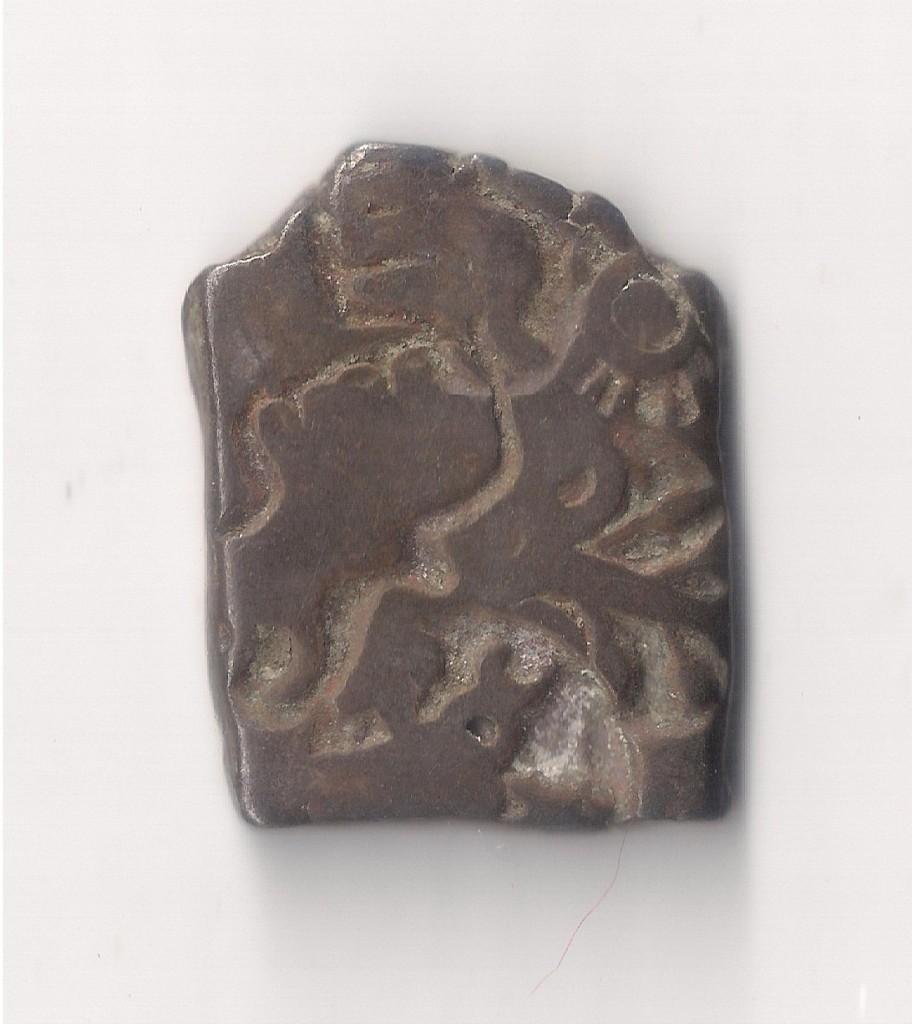 Silver punch mark coin of the Maurya Empire, with symbols of wheel and elephant. 3rd century BCE. The first coins in India were minted around the 6th century BC by the Mahajanapadas of the Indo-Gangetic Plain, and certainly before the invasion of Alexander the Great in the 4th century BC. The coins of this period were punch-marked coins called Puranas, Karshapanas or Pana. Several of these coins had a single symbol, for example, Saurashtra had a humped bull, and Dakshin Panchala had a Swastika, others, like Magadha, had several symbols. These coins were made of silver of a standard weight but with an irregular shape. This was gained by cutting up silver bars and then making the correct weight by cutting the edges of the coin.[citation needed] They are mentioned in the Manu, Panini, and Buddhist Jataka stories and lasted three centuries longer in the south than the north (600BCE-300CE)”.